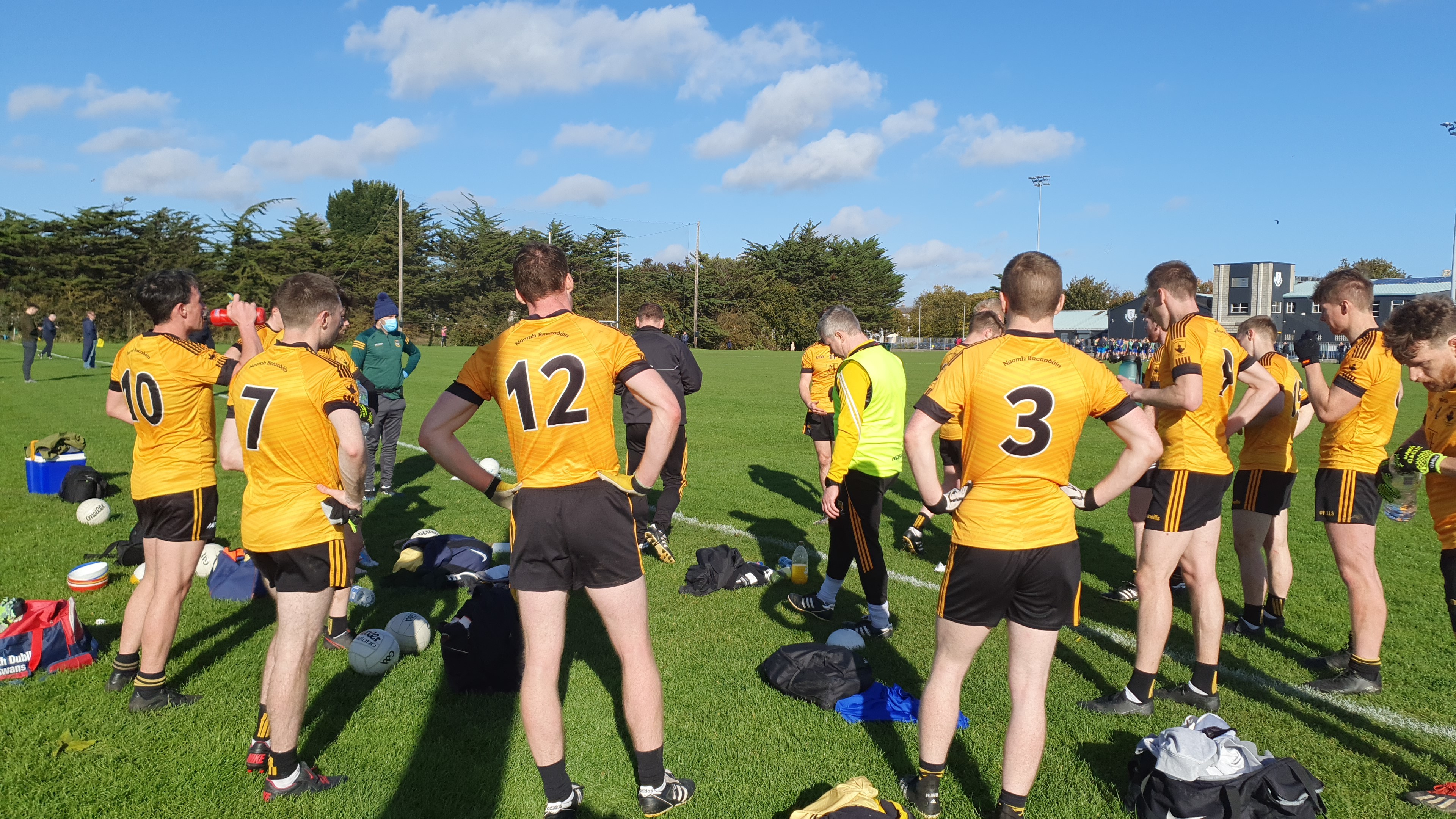 Published: about 1 month ago

For the first time in nearly 40 years, The St Brendans Football 1st XV, Sponsored by Michael Cox Furniture, played in the Quarter Finals of the Go Ahead Transport Intermediate Club Championship, Standing in the way was Clanna Gael Fontenoy, in the first meeting of the sides since the Ringesnd men won 4-12 to 0-5 in the Championship in August last year.

And a similar scoreline from last August could easily have materialised when, after 16 minutes, the time of the first water break, Clanna Gael Fontenoy lead 5 points to no score. The Dark Force had two free in that both went wide during that period.

Then after 26 minutes, Clann added 1-3 to their tally, with the goal coming after hopball.

For The Dark Force, with so many absent players due to other prearranged plans for the October Bank Holiday, An Annihilation awaited.

Amazingly, Clanna Gael Fontenoy did not score for the rest of the half, in the 27th minute, John Burns pointed St Brendan's first point of the Quarter Final with a free in after a foul on The Miracle Worker Luke Mc Donagh.

Darragh Donnolly made a point black save from a Clann Shot and cleared by John Maguire then onto Liam 'Oisin Mullin' Atkinson. McDonagh was high tackled and up stepped Burns again with the point from a free in to make it 1-8 to 0-2.

That became 0-3 when Conor Reddington pointed the third St Brendan's point from a free in after drawing the foul. At the other side, Clann had a snapshot go wide. Another free in was awarded after Ger Bannon was taken out after collecting a Conor Doherty point. Burns again pointed the free which was the last kick of the game and the home side lead 1-8 to 0-4.

Now, was their a comeback on the cards? It looked likely when St Brendan's clawed the deficit back to five points, firstly, a first score from open play from The Castlebar Mitchell Colm Harte, and a fourth free in from John Burns and a sixth overall for St Brendan's. 1-8 to 0-6.

Clann awoke from their brief slumber by notching up their 9th point. John Feeney made it 0-7 for St Brendan's in a move which started with a Donnolly save and Harte clearance, the deficit became four when The Wexican Oisin Carley with a rather unorthodox move of spinning the ball around his body and passed to The Tuam Jaguar Colm Doherty and finally onto Luke McDonagh with a point to make it 1-9 to 0-8. Was their going to be another miracle? And it looked that way with yet another John Burns free in to make it 1-9 to 0-9.

Clann made it a four point game again with a point that they made hard work out of. and the second half water break did not come until the 22nd minute.

Clann made it a brace of points and a six point lead, Luke Mc Donagh had a close range goal shot saved and cleared. A St Brenda's shot by John Burns was dropped short and tricked over the end line for a 45, which Burns himself converted to make it 1-12 to 0-10.

But that was as good as it got for St Brendan's who only had 16 players available this morning, Clann had the luxury of emptying out their subs bench and all contributed to the four points on the spin to win the contest and go one step further than they did last year when they were beaten at this stage of the Championship.

So Clann march on to the Semi Finals but for The Brendan's Football 1st XV, the season was over and Phil Bannon decided on the spot to announce his retirement from football. Of Course, it was another case of 'What If?' for the team had this fixture been on Tuesday evening under lights with a full strength squad.

A big day in young lives

Now we have come to the knockout stages of the GoAhead Tr...

After witnessing the Mens 1st Xv reach the knockout stage...

After the disappointment of the defeat to Round Towers Cl...